Mike Manning: From ‘The Real World’ to Capitol Hill

When Mike Manning was cast on MTV’s ‘The Real World: DC,’ it was hard to imagine the soft-spoken, devout Christian becoming a champion for gay rights. Over the course of the show’s run, and in the three years since its airing, Manning has done just that. Through his tireless work with organizations like GLAAD and the Human Rights Campaign, he has transformed himself into a force to be reckoned with on the political and social scene. “I’m blessed that I get to just be myself and see how that has an impact on other people,” he said.

At the GLAAD Hancock Park: Top Chef Invasion, which featured a challenge with chefs from the hit Bravo show and tasting stations from some of the best restaurants and caterers in Los Angeles and dedicated funds to ensure the positive media representations of members of the LGBT community, Manning spoke about the power and influence of GLAAD‘s message. “I’ve always loved GLAAD. I think it’s really important what they do,” he said. “The work that they do around the country is amazing, so any event that they do, I’m happy to jump in.”

In addition to his human rights work, Manning has started to make a transition onto the silver screen as well. Most recently, he starred alongside Jamie-Lynn Sigler and Alicia Witt in the poignant drama I Do. “The film is about the Defense of Marriage Act and how damaging it is, not only to LGBT couples, but everybody. So it goes right along with what I learned in D.C. about gay rights.”

In terms of style, Manning likes to keep things simple. “When I dress myself it’s kind of plain like this,” he said. Decked out in a blue V-neck, jeans and blue Converse shoes, he looked effortlessly stylish. Despite his laid-back approach, he came prepared with some notable style tips. “Don’t wear black shoes with brown, and then try to match your shoes and shirt when you can,” he said. Easy, implementable style guidelines from a guy to keep an eye on. 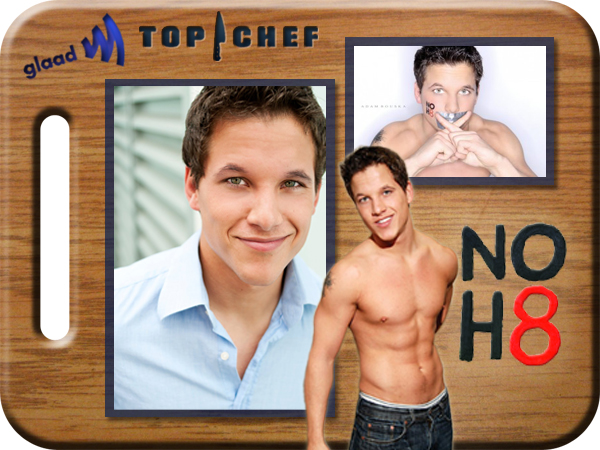