Longmire star Lou Diamond Phillips was out and about at the GLAAD Hancock Park: Top Chef Invasion event, where he hosted the Top Chef Challenge portion of the day. Phillips, a talented and versatile actor, director, and self-proclaimed foodie, was happy to host the event which also included tasting stations from various upscale Los Angeles restaurants, in support of GLAAD‘s efforts to increase awareness and acceptance of the LGBT community in mass media. ”I’m incredibly honored to be here supporting and representing GLAAD” said Phillips. “This is a way to change perceptions, to…slowly educate and enlighten.”

The star, who had breakthrough success in 1987′s La Bamba, is now taking things to another level with his role on A&E’s Longmire. ”We’re the number one show on Sunday nights,” Phillips said proudly. The show has been a huge success for A&E,  becoming the top scripted drama of 2012 for total viewers in its targeted age bracket. Thankfully, the star took time from his busy schedule and the night’s events to talk with RCT about how he gets red carpet ready. Since the event took place outside in the L.A. heat, Phillips recommended wearing a T-shirt instead of a tux. Instead, he sported a blue checkered blazer from Robert Graham. “They’ve been so lovely to me.” 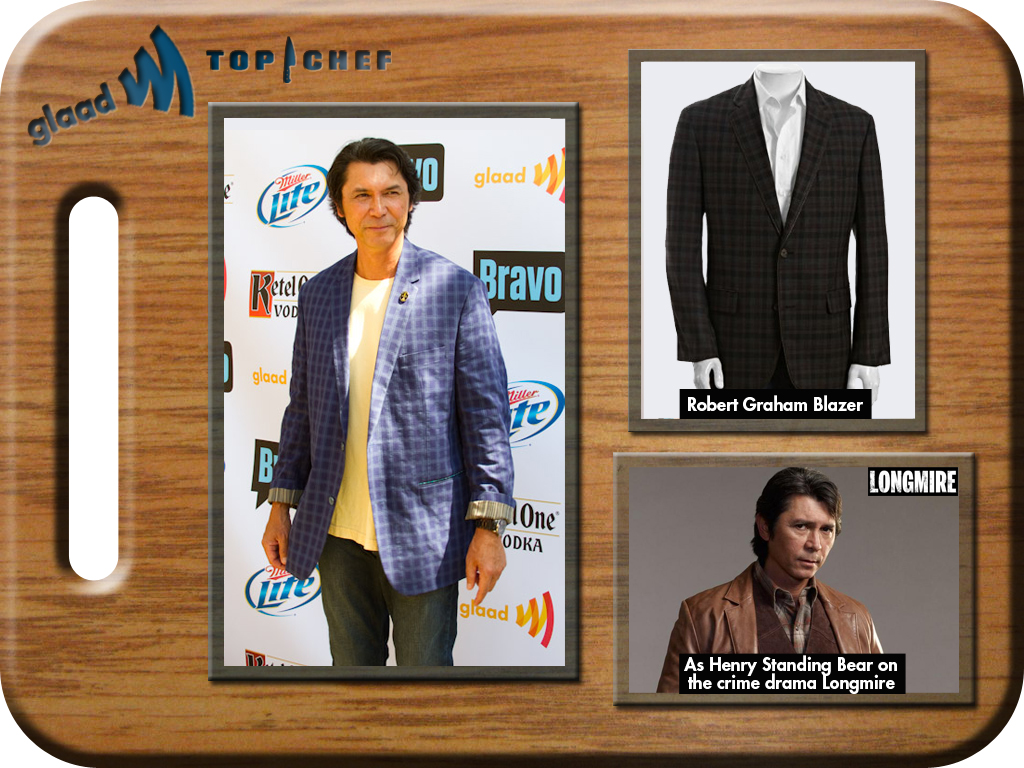